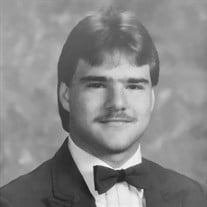 Sean Carroll Wells, 54, of Sheffield, died Saturday, April 2, 2022. Visitation will be Thursday, April 7th, from 10:00 until 11:00 a.m. at Morrison Funeral Home, Tuscumbia. The funeral service will immediately follow in the funeral home chapel with Robert Mitchell and Jeff Abrams officiating. Interment will be in Oakwood Cemetery, Tuscumbia. Sean was born in Birmingham, Alabama. He graduated from Sheffield High School in 1986 and Southern Wesleyan University in 1994 obtaining a Bachelor of Science degree. He was retired from G.E. as a Safety and Environmental Technician, and worked for the Tool Shed in Cullman, AL. Sean was preceded in death by his grandparents, William and Mattie Carroll and Blaine and Louise Wells. He is survived by his children, Tyler, Laura, and Wesley Wells; parents, Scott and Evalynn Wells; brother, Chris Wells (Carole); sister, Ashley Kennamer (Kenny); and a host of nieces, nephews, and cousins. Pallbearers include Kenny Kennamer, Clay Thompson, Scott Holcomb, Bob Cooney, Chandler Willingham, Shelley Haskins, Danny Williams, and Tinker Evans. The family gratefully acknowledges the kind and compassionate care offered by the nurses and staff on the fourth floor of Helen Keller Hospital.

The family of Sean Carroll Wells created this Life Tributes page to make it easy to share your memories.

Send flowers to the Wells family.