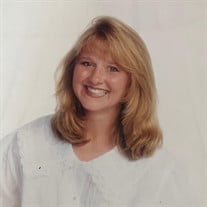 Sarah Anna Rutland Cook, 51, beloved , mother, grandmother, daughter, sister, aunt, and friend passed away unexpectedly October 18th, 2021, from unforeseen circumstances while being hospitalized for double pneumonia at North Alabama Medical Center in Florence, AL. She was surrounded by her loving family, who fought by her side until the Lord called her home. Anna was born on December 3, 1969, in Tuscumbia, Alabama where she was raised in the neighboring small town of Sheffield, AL. She was a happy child, kind, beauty pageant Queen, dancer, and cheerleader where she attended and graduated from Sheffield High school. After high school Anna earned her bachelor’s degree in Political Science from Auburn University and her Juris Doctorate Degree at Thomas Goode Jones School of Law in 1997 and went on to have a successful career in law as a criminal defense attorney in Montgomery AL. Anna was very involved with the community and had the biggest heart, for years she was a Girl Scout Leader, Montgomery County Junior Miss Scholarship Director, and a Graduate of Leadership Montgomery Class of XXII. She was the kind of woman that genuinely cared deeply for others and was always able to see the good in people. In 2018 she found her place at a local law firm with Ken Guin in Jasper Al. overlooking the Courthouse square. After a lot of hard work and determination she became a partner of the law firm that is now Guin & Cook, LLC. Anna wanted to lead by example for her children and that is exactly what she did. Her family was beyond proud of her success and determination to never let the obstacles in life stop her from being all that she could be. Anna was not only a successful career woman, and leader in the community, she was also an amazing mother, wife, and friend whose commitment to her family was intense and her love was unconditional. While she was passionate about her career there was nothing she was more passionate about than her children. It was her unwavering determination to nurture her children and to make sure that they always knew they were loved, a priority, and that there was no limit on what they could achieve. As her youngest children Brian Davis and Aaron grew older, she moved to a small town in Arely, Al near her father and family for a slower paced life where she resided until her passing. In the last years of her life, she became an adoring grandmother (Nona) to Kinsleigh Wyatt and Brayli Harrison. She was so proud of her children’s accomplishments and most of all their kind hearts. Anna continued to strive to be the best version of herself for her kids and grandchildren. She was brilliant, funny, quick witted, free spirited, maternal, beautiful, dependable, hardworking, and loved her pearls and Auburn Football. War Eagle! She is survived by her Children Brian Davis Harrison and Sarah, Kayla Cook Wyatt and her husband Tadd, Aaron Cook, and Westley Padgett; her grandchildren Kinsleigh Wyatt and Brayli Harrison; her father Glen Davis Rutland and his wife Sara; her mother Sheila Wells Hawk; her Sister Molly Rutland King and husband Rick; her nephews Alan King and his wife Jackie, and Alex King. And many, Aunts, Uncles and Cousins. A memorial service and celebration of life is planned for 2:00 pm Saturday, October 30th, at St Mary’s Episcopal Church located at 801 The Trace W, Jasper, AL 35504. In Lieu of flowers, the family request that donations be made to https://stmarysjasper.dioala.org/giving.html

The family of Sarah Anna Rutland Cook created this Life Tributes page to make it easy to share your memories.

Send flowers to the Cook family.