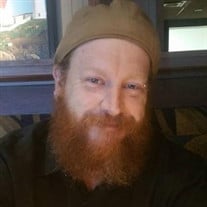 Michael Shane (MacGowan) Smith, age 49, passed away on Wednesday, February 16, 2022, after a battle with cancer. Born July 16, 1972, at ECM hospital, his family moved to Chattanooga where they lived until he was 8 years old. After moving back to Florence, Michael never ventured far away. He attended Gilbert School, Hibbett Middle and Coffee High School. Michael is survived by his parents, Thomas and Linda Smith; brother, Timothy Andrew Smith; and several aunts, uncles & cousins. Preceding him in death are his maternal and paternal grandparents. An avid member of the Shoals Frisbee Club, Michael was on the course as often as possible! During 25 years of being an avid player, the new course at Brush Creek, Waterloo had recently become one of Michael’s favorites. Not only did it give him the opportunity to play his favorite sport, but also the opportunity to relax and fish. A fond thank you to all the club members that helped raise money, during his time of need, with a tournament fundraiser. Disc Golf was a love for a lifetime. His love of all things geek related led Michael to volunteer at two local conventions for several years, The Geek Gathering, here in the Shoals, and Con Kasterberous, out of Huntsville. His time volunteering at the conventions allowed him to meet many amazing people, who ultimately became family. Michael will be remembered by his friends for his good-natured spirit. He was the most extroverted introvert you could meet. Shy and quiet at first but get him started on anything he was passionate about and conversation could last for hours. Special mentions to Kyle Boatwright for being such a good friend during this hard time in Michael’s life, Josh Flood for being a best friend and brother in so many adventures, and Todd Bogus for throwing a plum that day and becoming friends for life at age 12. All of you were the best friend he needed at different points in his life. Arrangements will be announced at a later date for a memorial. The family asks at this time for donations to cancer research in lieu of flowers.

Michael Shane (MacGowan) Smith, age 49, passed away on Wednesday, February 16, 2022, after a battle with cancer. Born July 16, 1972, at ECM hospital, his family moved to Chattanooga where they lived until he was 8 years old. After moving back... View Obituary & Service Information

The family of Michael Shane Smith created this Life Tributes page to make it easy to share your memories.