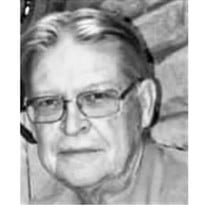 Kenneth Ray Warhurst (Paw Paw) to his grandsons, 66, born December 25th 1954, Tuscumbia, Alabama, passed away Monday, July 19, 2021. He passed away from diabetes which led to kidney failure. Kenneth is survived by his mother, Fronia McCullough Warhurst; his wife, Melinda Prince Warhurst; son, Steven Warhurst; three grandsons; Eli, Ian, and Linkon Warhurst, the loves of Kenneth’s life were his son and grandsons; brothers, Tommy Warhurst (Cala) and Mike Warhurst (Cheryl); sister, Gail Bowers; special sister, Brandy Tidwell (Jamie), who Kenneth adored; special nephews, Jason Inman (Cheryl) and Dr. Josh Mitchell (Stacey); also many cousins, nieces, and nephews. Kenneth was preceded in death by his father, Thomas Pascal Warhurst; and his grandparents. Kenneth attended school at Cherokee, Muscle Shoals, and Shoals Community College. Kenneth was honored to be selected as one of America’s Outstanding Young Men of America. He was involved in many community activities several years ago. He had a love for Alabama football, metal detecting, coin collecting, and old westerns. Kenneth was a veteran who served with the United States Air Force, he was retired From TVA, and retired as an engineer from Norfolk Southern Railroad. He worked a part time job with Highland Express, driving Military Personnel, who have been wonderful throughout his illness. Ken was a Southern Baptist and a member of Washington Park Church. There will be a private graveside service for Kenneth with immediate family members only, announced later, with Military Honors. Special Thank You To Helen Keller Ambulance, DaVita Dialysis at Helen Keller Hospital, especially Chris With DaVita, and to all the doctors and nurses who cared for Kenneth at Helen Keller Hospital, Brother Darrell Pace, and Calvary Baptist Church for the love and prayers and the thoughtfulness you’ve all given. Lastly and most important Amedisys Hospice (Sharon, Marsha, Joann, Terra, Brother Scott, Heather, and all the rest) who are The Angels Among Us, who gave Kenneth their all. In lieu of flowers, please give to a charity of your choice. Psalm 23

The family of Kenneth Ray Warhurst created this Life Tributes page to make it easy to share your memories.

Send flowers to the Warhurst family.