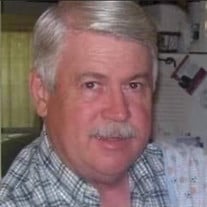 Kenneth Edward Gean, 70, of Florence, died on Thursday, January 6, 2022. There will be a graveside service Monday, January 10, 2022, at 1:30 p.m. at New Hope Cemetery in Florence. Andy White will be officiating. The family has asked that attendants... View Obituary & Service Information

The family of Kenneth Gean created this Life Tributes page to make it easy to share your memories.

Send flowers to the Gean family.