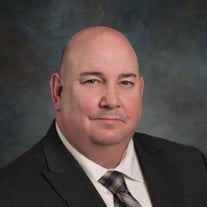 Joel Tod Southern, of Tuscumbia, passed away surrounded by loved ones on March 30, 2022, at the age of 58 after a courageous battle with cancer. Joel was born to Larry and Pauletta Southern on August 20, 1963. After completing high school, Joel attended the University of North Alabama, where he met the love of his life, Suzanne, with whom he spent thirty-seven years of marriage. Joel led a fulfilling life of service to others. He served, in his early years, in the United States Marine Corps until leaving to pursue a life of service in healthcare as a registered nurse and healthcare administrator, leading multiple hospitals as director and CEO. As a fearless leader, Joel set the ultimate example by being a devoted Christian and loving father to his two sons. He loved being with family and friends and even welcomed anyone into his home to stay as long as they wished or to enjoy his famous BBQ. Joel’s passions included riding his Harley Davidson motorcycle and traveling to exotic places with his wife. When he was not leading his healthcare team at the hospital, Joel could be found behind the grill, smoking delicious BBQ for his friends and family. Joel is survived by his father, Larry Southern (Janet); his wife, Suzanne Southern; his two sons, Joseph Southern (April) and Joshua Southern (Ashlyn); five grandchildren, Jaxon, Jaydenn, Madalyn, Jaycee, and Jameson; special sister-in-law, Gina Harrison (Steve); his two brothers, Jeff Southern (Andrea) and Steven Southern (Kara); and special family friend Carol Phipps; as well as a host of nieces, nephews, and cousins. He is preceded in death by his mother, Pauletta Southern. Visitation will be Friday, April 1, from 6:00 – 8:00 p.m. at Morrison Funeral Home, Tuscumbia. The funeral service will be Saturday, April 2, at 12:00 in the funeral home chapel with Ed White officiating. Interment will be in Guy Cemetery, Tuscumbia. Pallbearers will be Harold Newton, David Donaldson, Corey Hubbert, Alex Wadkins, Kyle Hester, Parker Bond, Jordan Southern, and Hayden Southern. Charles Hester will serve as honorary pallbearer. The family would like to include a special thanks to the doctors and nurses at the West Cancer Clinic in Memphis, TN, and to Norma, Christy, and Dr. Aaron Karr with Alabama Hospice for all their hard work and dedication in caring for Joel during his battle with cancer.

Joel Tod Southern, of Tuscumbia, passed away surrounded by loved ones on March 30, 2022, at the age of 58 after a courageous battle with cancer. Joel was born to Larry and Pauletta Southern on August 20, 1963. After completing high school,... View Obituary & Service Information

The family of Joel Tod Southern created this Life Tributes page to make it easy to share your memories.

Joel Tod Southern, of Tuscumbia, passed away surrounded by loved...

Send flowers to the Southern family.