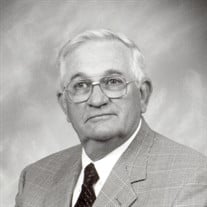 Jerry Lynn Sibley, 82, was born in Mt. Hope, Alabama May 5, 1939, and went to be with his Lord Jesus on Thursday, May 27. He was preceded in death by his parents Tommy and Velma Alverson Sibley, and Inez Atwood. Step-brother, Billy Atwood, also preceded Jerry in death. He is survived by his older brother Dan (Columbus, MS) and his best friend and devoted wife of over 62 years, Reba Brackin Sibley. He is also survived by three children and their spouses, thirteen grandchildren, and one great granddaughter: Jeff and Brigitte Sibley of Auburn, children, Rye and Mitchell Elzey and daughter Brooke, Prairieville, LA; Ivy and Aaron Fry, Port Wentworth, GA; Cason, London, UK; Jordan, and Lynnsey, Auburn. Carlos and Carla Sibley of Watkinsville, GA, children, Graham and Carly Sibley, Atlanta, GA; Conner and Emily Sibley, Nashville, TN; Madison and fiancée Brett Baker, Tuscumbia, AL; Cheney and Wilson, Watkinsville, GA; John and Jennifer Sibley Steen of Hendersonville, TN, and children Julianna, Jake and Jaleigh of Hendersonville, TN. Jerry, a 1957 graduate of Mt. Hope High School, earned a BS in Agricultural Education from Auburn University in 1961, and later earned a M.S. in Agriculture from Mississippi State University in 1971. He taught Vocational Agriculture in Alabama for 17 years and held numerous offices in the Alabama Ag. Teachers Association. Jerry and Reba had several business ventures including the Cowboy Shop and Moulton Garden Center, the Highway 43 Shrub Shop, Reba’s Variety and Gifts, and Grassland Nursery, Inc. He resigned from teaching and became the Owner and Operator of Grassland Nursery, for 25 years, which at the time was the largest retail nursery/turf operation in Alabama. Jerry was the first President of the North Alabama Nursery Association and was instrumental in forming the Horticulture Commodity Division of the Alabama Farmers Federation. He was also instrumental in forming the Nursery, Greenhouse and Sod Commodity Division of the Alabama Farmers Federation and served as its first Director. He served as a County Director for 35 Years for the Lawrence County Farmers Federation. Mr. Sibley was a Charter Life Member of the Auburn University Agricultural Alumni Association and was a member of the College of Agriculture Dean’s Club. In December 2009, the Jerry and Reba Sibley Fund for Excellence in Horticulture at Auburn University was established for programmatic support and student scholarships. Other than a period of about 7 years when they were members of First Baptist Church of Muscle Shoals, and the ten years Jerry and Reba lived in Auburn and were active members of Lakeview Baptist Church, most of Jerry’s life was as a Member of Mt. Hope Baptist Church, in Lawrence County where he served in many roles over the years such as a Sunday School teacher and Deacon. Visitation will be at Mt. Hope Baptist Church on Monday, May 31 from 5:00 until 7:00 PM (CST) with a Celebration of Life service at 11:00 a.m. Tuesday, June 1, at Mt. Hope Baptist church with Dr. Carlos Sibley officiating. Morrison Funeral Home, Tuscumbia, is directing. Pallbearers will be grandsons. Honorary pallbearers will be Johnny Raby, Jack Smith, Don Sibley, Lanier Sibley, Parrish Sibley, Clinton Hardin, and Wayne Brackin. Interment will be in the Rock Springs Mitchell Memorial Presbyterian Church Cemetery. In lieu of flowers, memorials may be given to Mt. Hope Baptist Church 7771 Co. Rd. 23, Mt. Hope, AL 35651, or Southern Care New Beacon Hospice, 239 Azalea Drive, Florence, AL 35630, 256-248-2320.

Jerry Lynn Sibley, 82, was born in Mt. Hope, Alabama May 5, 1939, and went to be with his Lord Jesus on Thursday, May 27. He was preceded in death by his parents Tommy and Velma Alverson Sibley, and Inez Atwood. Step-brother, Billy Atwood, also... View Obituary & Service Information

The family of Jerry Lynn Sibley created this Life Tributes page to make it easy to share your memories.

Send flowers to the Sibley family.