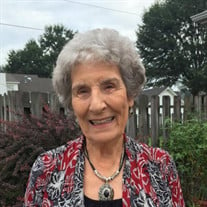 Esther Lee Jones, 88, Muscle Shoals, passed away on Sunday, May 1, 2022. A private service will be held for the family with Casey Hagle officiating. Interment will be in Oakwood Cemetery, Sheffield. Esther was a veteran of the US Marine Corp.... View Obituary & Service Information

The family of Esther Lee Jones created this Life Tributes page to make it easy to share your memories.

Esther Lee Jones, 88, Muscle Shoals, passed away on Sunday, May...

Send flowers to the Jones family.