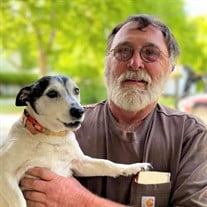 Andy Wayne Smith, 65, Tuscumbia, passed away on Thursday, October 28, 2021. Visitation will be Monday, November 1, from 12:00 – 2:00 p.m. at Colbert County Cowboy Church. The funeral service will immediately follow at the church with Sheriff Frank Williamson officiating. Interment will be in Shoals Memorial Gardens. Anyone who knew Andy knows that there isn’t enough time or space to list all the things he was involved in and all the things he did over the years. The things he didn’t do and wasn’t involved in would be easier to list. Andy was a mechanic from the time he could crawl and hold a wrench. He could operate any kind of heavy equipment and could do it with his eyes closed. He started the very first volunteer fire department in Locust Shores and that operation is still going today. He was a reserve deputy for Colbert County Sheriff’s Dept for years and gained countless friends who he counted as brothers. He retired after thirty-five years with TVA Colbert Steam Plant. Andy operated small businesses over the years, but his big baby was Andy’s Wrecker Service. He was so proud of the business and worked so hard to establish it. Andy’s work ethic can’t be matched. He loved to work and understood the value of hard work. He didn’t mind the long hours and no sleep…that’s what he lived for and kept him going. Jamie and Joni absolutely learned their work ethic from him. There’s no way we could put a number on how many people he helped. He was a member of the Cherokee Lion’s Club. He gave financially, his time, his efforts, and of his heart. He NEVER expected a thing in return. That was his way of helping his community. He didn’t want any credit and never made others aware of what he did. The stories have flooded in of people he has helped in big and small ways. That was just his core being and we hope that others will do just a pinch of the good he did. Andy wasn’t only a people person but an animal person as well. Dogs that didn’t have anyone else had a way of finding their way to him. He would NEVER leave an animal to starve or left in danger. He was definitely a keeper of God’s creatures. He passed his love of animals along to his girls. Andy was preceded in death by his father, Andrew Smith; his grandparents, Luster and Shelly Thorn; and Susan Smith, the mother of his girls. He is survived by his significant other, Pamela Hallmark; daughters, Jamie Carder (Russell Carder) and Joni Smith (Michael Roden); mother, Betty Smith; sister, Tammy Smith; grandchildren, Corey Worrall, Levi Norsworthy, Gwen Hallmark, Katie Caldwell, and Paisley Roden; stepsons Tyler Hallmark (Renee Hallmark) and Zachery Hallmark; his ride or die buddy, Frank; and a host of other furry friends that found their way to him. Pallbearers will be Randy Knight, Corey Worrall, Tyler Hallmark, Zachery Hallmark, Daniel Graham, and Marquise Simpson. Jimmy Vaughn, Wilmon Simpson, Larry Martin, Gary Faulkner, and Ernie Mollohan will serve as honorary pallbearers. In lieu of flowers, memorials may be made to the Alabama State Troopers Association, Quad Cities Post.

Andy Wayne Smith, 65, Tuscumbia, passed away on Thursday, October 28, 2021. Visitation will be Monday, November 1, from 12:00 &#8211; 2:00 p.m. at Colbert County Cowboy Church. The funeral service will immediately follow at the church with... View Obituary & Service Information

The family of Andy Wayne Smith created this Life Tributes page to make it easy to share your memories.